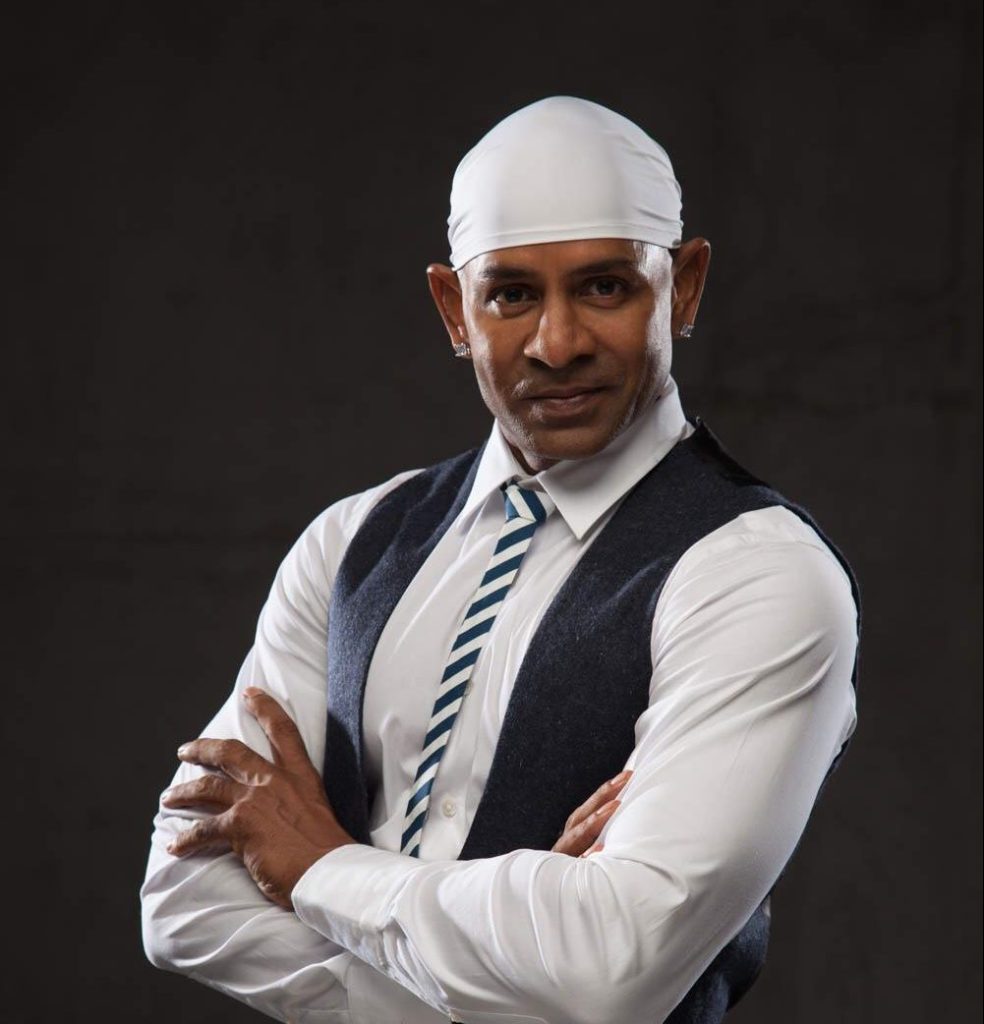 Dr. Srinivas Suresh Kamal (fondly called as Master Kamal/Dr. Kamal), South Indian born, is one such Yoga Master who has mastered different styles of Yoga since age 5 i.e., Hatha Yoga, Raja Yoga, Ashtanga Yoga, Kundalini yoga, Himalaya Yoga, Therapy and meditation. He also has mastered in various martial arts (he is a 5Dan Black Belt) and various fitness sciences. He was initiated into the Himalayan Tradition Lineage by his GURU Maha Mandaleswara Swami Veda Bharati of the Himalayas. He created a new age system of Yoga called “KRI YOGA”. The word ‘Kri means ‘action” and yoga means ‘union’. Taking action in creating happy, healthy, joyful, bliss full life with Yoga. The practice of Kriyoga is based on VINYASANA, a subtle, static and dynamic (breath flow)yoga practice derived from ancient Hatha yoga, Raja yoga, Patanjali Ashtanga Yoga and Ayurveda (sister of Yoga) methods together that gives you the utmost benefits in removing toxins and improving physical, mental, emotional and spiritual health and wellbeing. He has introduced Yoga and Indian dance to south East Asian countries and had opened ways for many Indian yogis and Indian dance masters to teach and live abroad. His success in establishing Yoga in Asia has him honored in a book ‘the Great Indian Yoga Masters ‘ that was launched in London in 2002 ,as one of the 8 Greatest Indian Yoga Masters in the World.
Master kamal travels around the world and gives life changing lectures, workshops, seminars in yoga therapy, meditation, nutrition, nature cure and Ayurveda healing therapies that transformed many peoples life for good.
He conducts various types of Meditation practices i.e., Vippasana, Mindful meditation, Mantra & Meditation, Stilling The Mind, Meditation Solutions, Art of Concentration, Power of Prana & Meditation etc., for corporates, business executives and resorts in various countries around the World. He is the Visiting practitioner for FOUR SEASONS RESORT CHIANG MAI and various International Hotels. He is a LIFE COACH, a personal trainer for many CEO’s and Celebrities, master trainer for many yoga and fitness centers in TAIWAN, USA, MALAYSIA, SINGAPORE, KOREA, THAILAND, VIETNAM and more…..
He is known as the FIRST YOGI that introduce yoga in Vietnam and loved by Vietnamese in millions. His teachings has inspired many peoples to make yoga as part of their life, healed 1000’s of people, changed their life to better living. He has been honored by the Vietnam General Department of Sports and Physical Training and Vietnam cultural Sports of Vietnam as a Grand jury for providing eligibility Yoga license for foreigners working in Vietnam.

Ph.D. in Naturopathy and Yoga Management

Author of 4 Books in Yoga and Ayurveda 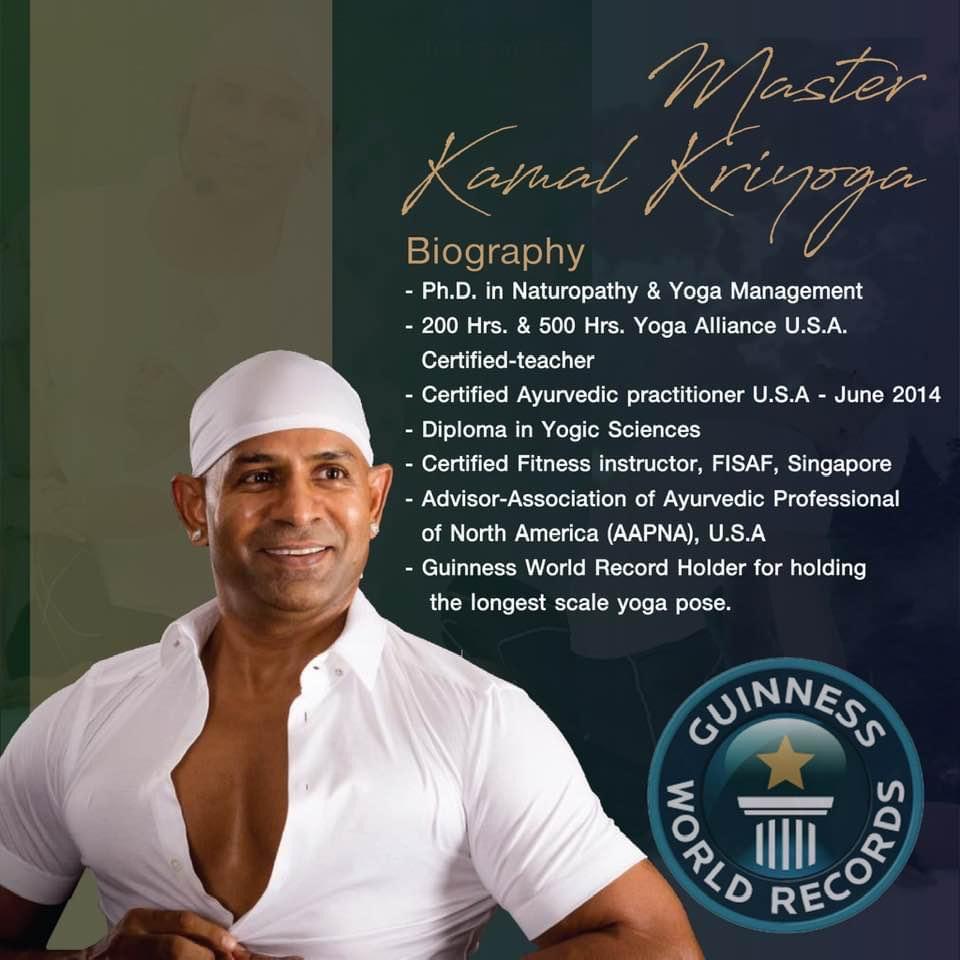 " Dear Master Kamal Kriyoga, The first thing i wanna say " Thank you so much for your lessons" The second, im so appreciated your passion, your sharing, your love, your knowlegdes... those thing you have already shared with me & our lass. The third, you are truly a legend of yoga with your smile on your face, you bring your peaceful, happiness to me when i was practicing yoga with you. i know How to control my breath, my body when i moved in poses. You show me "yoga is not a religion, yoga is the way to lead you to the reality" and a [ots of things you shared. Once again, "THANK YOU FROM THE BOTTOM OF MY HEART TO YOU" And Thank Ms. Yogi Xuan so much to give me a chance to met n practiced yoga with Legend Master. "